The AH-64D Apache Longbow is a twin-engine attack helicopter of the U.S. Army, used for close air support.[1]

The AH-64D Apache Longbow is the spearhead of the U.S. Army. The Apache is a very versatile helicopter; fast, strong anti-tank firepower, heavy armor, and a front cannon for attacking light vehicles and infantry. However, its true power lies in its AGM-114D Hellfire Anti Tank missiles, which are the answer for countless heavily armored vehicles that are not backed by Anti-air support.

That said, if the enemy does bring along anti-air support, landing the Apache on the ground is an option, but protect it from enemy ground forces. 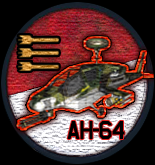