Act of War: Direct Action is a real-time strategy game developed by Eugen Systems and published by Atari, Inc. The game was released in March 2005 and features a detailed story written by Dale Brown, a retired captain of the US Air Force and a bestselling author. An expansion pack called Act of War: High Treason was released on March 2006 in Europe and Australia. The original game and expansion were later released as Act of War: Gold Edition, on 28 September 2007 in Europe.

The game includes a combination of pre-rendered cut-scenes and over an hour of live action film. Live action was shot in Montreal, Canada during the summer of 2004. Pre-rendered cut-scenes were done using machinima technique, wherein one person plays while being recorded from different angles (with all interface elements hidden). The recorded video is then postprocessed and provided with sound effects and dialog.

Act of War features gameplay elements such as heavily wounded soldiers being immobilized and unable to engage in combat until they can be reached by medical help, the ability to take prisoners of war, buildings that are realistically destructible, and the ability to create barricades. Unlike RTS games in which all-around-effective units may be mass-produced and used almost exclusively over other units, Act of War required the player to use a variety of units which allowed for diverse strategies.

Act of War is set in what is only referred to as "a near future" (presumably in 2017) where the gasoline prices in the United States has reached to over $7 a gallon due to an economic crisis. The game begins with Sergeant Major Jefferson and his squad of Delta Force conducting a raid somewhere on the border between Libya and Algeria, in order to capture Imad Kazim, the leader of the Salafist Group for Call and Combat.

Later, one week before the "World Energy Forum" meeting in London, an oil facility in Houston is destroyed by a terrorist bombing. Concerned with the possibility of an attack on the World Energy Forum, an elite top-secret military unit known as Task Force Talon is activated; Sergeant Major Jefferson, a member of this units, and a squad of Task Force Talon commandos are assigned to guard the World Energy Forum. The feared attack does take place and in spite of the squad's protection, the attackers manage to kidnap two VIPs: Arthur Kingman, CEO of TransGlobal Energy corporation (TGE), and Yegor Zakharov, the representative of the world energy consortium. Task Force Talon manages to recover these VIPs apparently before they are murdered.

Later, an unknown terrorist faction launches a massive military assault in San Francisco. Caught by surprise, the United States sends Jefferson and Task Force Talon commandos to assist local military forces to dispatch the invaders. With the aid of Task Force Talon, the attackers are eventually neutralized. To protect against further attacks on United States soil, U.S. government orders a full troop recall: U.S. forces from all around the globe are ordered to return to the United States.

The commander of Task Force Talon, Major Jason Richter, however, is not satisfied with the troop recall order. He has noticed that the primary target of the terrorist attacks in Houston, London, California and other places around the globe has been TGE, the oil company that is on the verge of resolving the oil crisis. Richter thinks that without U.S. troops in Egypt, terrorists will destroy TGE. Therefore, Major Richter goes against presidential orders and deploys Task Force Talon forces to Egypt.

After the battle in Egypt, Task Force Talon finally discovers the identity of their enemy: The Consortium, led by Zakharov. Having finally identified Zakharov, the United States government, Task Force Talon and the Russian government launch a joint assault against Zakharov who has a stronghold in Russia and is now in possession of a full army, a small air force and even 9K720 Iskander ballistic missiles. Through the joint effort, Zakharov is eventually captured.

Major Richter personally takes Zakharov to the United States. Upon arrival however, he finds Washington, D.C. under the military occupation of the Consortium. Even as the U.S. forces struggle to liberate the United States Capitol, the 81st U.S. Armored Division (or the Consortium force masquerading them) rescues Zakharov. Subsequently, the Armored Division occupies the White House area. The President of the United States attempts to evacuate the White House before the occupying forces arrive; however, the helicopter carrying the president is shot down. Only with the aid of Task Force Talon, the president manages to escape capture.

Eventually, Major Richter and General Kelly manage to rally what remains of the U.S. army and Task Force Talon to mount a counter-attack on the combined Consortium-American forces occupying the White House. In this last battle, they face an enemy that employs cutting-edge military technology that is supposed to be top-secret U.S. military experiments or prototypes. Even as they take back the White House, Zakharov unleashes his most powerful superweapon, The Falling Star, a space-based weapon of mass destruction. Having deployed Patriot batteries to counter the Falling Star, Task Force Talon and the United States forces deploy cruise missiles to destroy Zakharov's base. Zakharov is assumed dead after Major Richter, standing atop of a massive smoldering crater, orders a DNA analysis of the remnants of the bodies.

The United States military is in possession of the greatest number of units and upgrades, each of which are specialized for a certain role. For example, the F-15 can only attack other air units, although it is the best fighter aircraft unit in the game. Meanwhile the sniper is very effective against infantry but ineffective against anything else. However, one of the main weaknesses of the United States military is the lack of multirole units and therefore need to rely on multiple types of units to be effective.

Task Force Talon includes units that at the time of the game's release were either cutting-edge, experimental or fantastic. These units include RQ-4A Global Hawk, an unmanned aircraft vehicle, S.H.I.E.L.D unit, an infantryman wearing an exoskeleton suit equipped with a both machineguns and rockets, and Spinner tank, an unmanned remote-controlled tank that can change its weapons from an anti-tank gun to an anti-air missile launcher or to a bomb drone.

Task Force Talon focuses on versatility. For example, Buggy, Task Force Talon's reconnaissance vehicle, can be upgraded with rockets and become an anti-aircraft unit; meanwhile, F-35 Joint Strike Fighter of Task Force Talon is a multirole combat aircraft that can attack both buildings and enemy aircraft. This versatility however, comes at a cost: Task Force Talon units and upgrades are very expensive. Therefore, losing too many units early in a game could quickly decide the outcome of the battle.

The Consortium operates in two modes: Undercover and Revealed. In undercover mode, the Consortium resorts to bribing mercenaries, terrorists and certain governments into doing their dirty work, relying more on massing inexpensive units such as infantry units equipped with AK-74. In revealed mode however, the Consortium deploys high-technology combat equipments such as YF-23 Black Widow II, a stealth aircraft, Akula stealth tank, a cloaked tank armed with twin railguns, and Optical Camo soldier, a heavy infantry unit wearing active camouflage. Ironic as it may be, in revealed mode, almost all Consortium units have stealth capabilities. 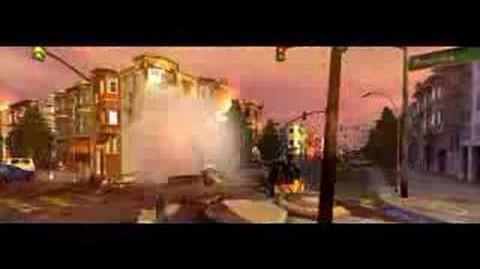 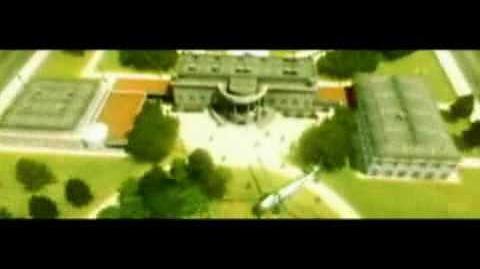 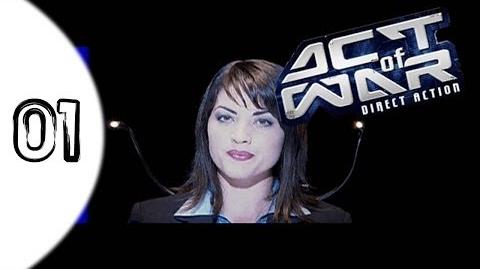