Act of War: High Treason (previously titled as Act of War: Manhattan Treason) is an expansion pack for Act of War: Direct Action. It was developed by Eugen Systems and published by Atari. It was released in Europe on March 24, 2006 and in North America on May 30, 2006. The most important features of the expansion are the addition of naval warfare and mercenaries.

Main article: The Day of the Consortium

Act of War: High Treason takes place over the course of three days, three years after the events of Act of War: Direct Action.

Several important government officials including General Kelley of the U.S. Army are arrested on conspiracy and assassination charges. However, Red Cell, the military unit responsible for escorting Watts is not questioned. Richter sends Oz Jackson to Fort McCoy, Wisconsin to meet Colonel Whitemore, leader of the Red Cell. However, once there, he is attacked by U.S. Army forces, and is arrested for trespassing. Richter sends a small unit of Task Force Talon to rescue Oz Jackson and escape. Jefferson stays behind to find out what is really going on.

With the help of Jefferson, Richter and Task Force Talon track Whitemore's C-17 Globemaster transport carrying a shipment of USAMRIID biological barrels to Cancún, Mexico. In Mexico, they encounter the shipment's recipient: the Consortium, a highly advanced and well-funded shadowy military organization which was assumed to have been eradicated in the events of the previous game. Task Force Talon also discovers that the biological cargo contains X-357, a virus which is deadly against animals, but harmless against humans. Task Force Talon commandeers a Consortium Visby-class corvette and escapes Cancún, pursuing a trio of Consortium Typhoon class submarines carrying the biological samples.

Major Richter and Task Force Talon, who are now officially branded as traitors, meet up with Admiral Burns and the USS Tarawa aircraft carrier. Having come under fire by the Consortium, Burns helps them to destroy two of three submarines and helps Task Force Talon subsequently land their forces in Cuba. In Cuba, they soon discover that President Cardiff is working with the Consortium and is behind former President Baldwin's assassination. Task Force Talon raids a Consortium hacienda in Cuba in search of the last submarine and a Consortium biological weapons expert, Dr. Morelos.

Although Task Force Talon fails to locate Dr. Morelos or retrieve the biological sample, they manage to discover and rescue Senator Watts, who is still alive. Transferring him to a friendly U.S. naval base in the Bahamas, Watts gives a speech to the American people on live television testifying against Cardiff and the Consortium. An enraged Cardiff orders Whitemore to destroy Richter at any cost. Dr. Morelos agrees but declares that Cardiff has outlived his usefulness. Major Richter and the U.S. forces defend the naval base against Consortium forces until Watts finishes his speech and is evacuated to Washington D.C. so that he may personally testify against Cardiff in the U.S. Congress. Task Force Talon also learns that the Consortium plans to mutate the X-357 virus so that it is capable of killing humans, but this can only be done in an environment such as outer space.

Task Force Talon travels to Cape Canaveral where the X-357 virus is scheduled for launch into space via the Space Shuttle Liberty. Jefferson attempts to stop the shuttle launch but fails. The 52nd, 104th and 81st Airborne divisions guarding the launch site assault the Task Force Talon team, who are still marked as traitors. Not long later however, Congress impeaches President Cardiff. Subsequently, General Kelley is reinstated and the 52nd and 81st cease firing on Task Force Talon; the 104th under the command of Colonel Whitemore and the Consortium continues to fight, only to be destroyed.

Space Shuttle Liberty is tracked to its landing zone in the Taklamakan Desert in central Asia, where the Consortium's main base of operations is located. Subsequently, the U.S. Army attacks the landing site and eradicates the virus with an experimental bomb. The rest of the Consortium forces are eradicated. The epilogue reveals that Cardiff's body is found in a river, while Senator Watts's presidential campaign is virtually unopposed. Major Richter and the other personnel of Task Force Talon, believed to be missing in action, are on vacation in the Bahamas.

In Act of War: High Treason, the U.S. Army is a general term for the conventional fighting forces of the United States, including the Army, Navy, Air Force and Marines. Armed with solid conventional weaponry, the U.S. Army boasts unparalleled strength. However, they are not as flexible as Task Force Talon or the Consortium. The U.S. Army uses a different type specialized unit for each type of task.

Task Force Talon is a secretive joint task force and a direct action force. Utilizing futuristic weapons and technology, they can be deployed anywhere in the world quickly. Task Force Talon uses multi-role units, so that each unit of the task force is versatile and capable of handling more than one type of mission.

A very large underground military organization with ever more immense funding, the Consortium pursues its own agenda through a combination of terrorist attacks and conventional military action. Their force is a blend of powerful Soviet bloc equipment and extremely advanced technology on par with Task Force Talon, including secret projects from both Russia and the United States. 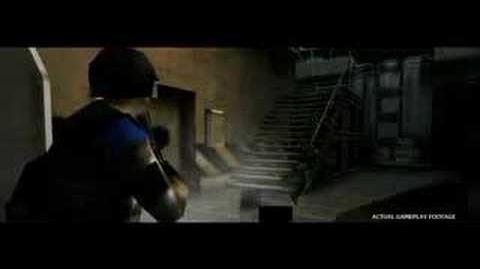