Act of War: Direct Action
Act of War: R.I.O.T. was a defunct total conversion mod for Act of War: Direct Action which involves the user controlling both law enforcement and criminal units, instead of the usual military conflict scenarios. RIOT originally planned to bring new and exciting units to the game play to make this a very unique and at the same time an interesting mod to play, as well it planned on setting the game all around the world, having police departments from the Metropolitan Police of London to the varying American Police Departments.

The year is 2006, the western world is beginning to run into economic trouble, people begin rioting and with terrorist cells gaining more and more support by the day civil anarchy is beginning to get out of control. The police forces around the world are having to adopt 'harsher' means of dealing with the increasing problem; riot teams and armed response officers are being dispatched to emergencies more and more often. Road-blocks are being set up around cities and a declaration of a state of emergency is only a stones throw away. Your only hope left is to quell the uprising and bring peace back to the ruined streets of the western world, by any means necessary. 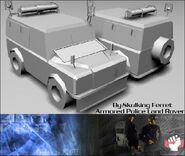 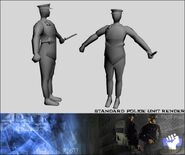 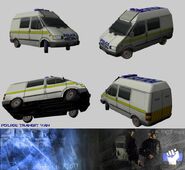