The M270 Multiple Launch Rocket System is a multiple rocket launcher used by the U.S. Army during the Oil Crisis and the Day of the Consortium.[1]

The M270 MLRS is the most powerful artillery unit of the U.S. Army. While its damage is not as concentrated as the Paladin artillery, it has a higher rate of fire and its missiles carry cluster warheads which split mid-air to cover a substantially larger area, making it better at hitting moving infantry and light armor.

In High Treason it gains an immense increase to its range, further adding to its deadliness. Its downside is that it is very vulnerable and requires good protection against enemy forces. The MLRS can be upgraded with a counter-artillery radar.[2] When attacking an enemy base with defensive heavy artillery, a good tactic is to relocate after launching their rocket volley; they can reload while moving and hopefully evade enemy indirect fire. 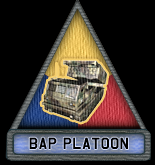