President of the United States

Superpower
The United States of America, also known as the, United States, America, US, or USA, is a federal democratic republic in North America consisting primarily of fifty states.

Since the end of the Cold War in 1989, the United States is considered the only current superpower with global influence. However, its economic and military supremacy are challenged by the rapidly growing People's Republic of China. This also lead to the rise of several NGOs wanting to break the hegemony of the United States. When an nationwide oil crisis in America struck, several oil companies, PMCs, and terrorist organizations began to take advantage of the situation, forming a syndicate known as the Consortium.

The United States Army represents the combined forces of the Army, Navy, Marine Corps, and Air Force. As a result, the US Army is capable of deploying a wide variety of powerful and mobile units in to the field, such as air superiority fighters, stealth bombers, heavy armor, and elite Special Forces. However, if the Army has one weakness, it's that all these specialized units can't easily adapt to changing battlefield conditions. And although not necessarily a true weakness, the US Army has an obligation to follow DEFCON procedures and must spend money to raise its level to allow access to better units. Still, the amount of firepower the Army can deploy is formidable. 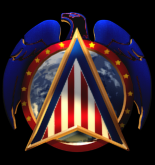 Military insignia of the US Armed Forces since the Oil Crisis. 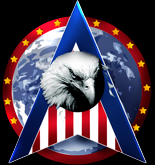 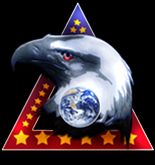 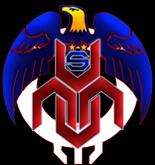